The Silk and Steel Project, a non-profit organization officially registered under the Canadian Corporation Act, is under the artistic direction of Liu Fang, the featured artist of Philmultic. The purpose of this project is to create music that is familiar yet new to every culture, bringing together audiences of different traditions, hence promoting mutual understanding which is the key to world peace.

The Silk and Steel Project started in 1999-2000 with a series of concerts in the framework of "East meets West", supported by concert production grants from the Canada Council for the Arts and Radio-Canada in Montreal. Since 2002, we began to use the "Silk and Steel Project" - a name given by Dugg Simpson (artistic director of the Vancouver Folk Music Festival) to signify the nature and purposes of this project.

"Silk" represents the ancient oriental cultures whereas the "steel" reflects the modern occidental culture. The ancient Silk Road played a key role in the commercial and cultural exchanges between the oriental and occidental worlds, and while Chinese traditional instruments used to be made of silk, many are now are being replaced by steel strings which were invented in the west and used for western string instruments. The Silk and Steel Project aims to find the "middle way" between the East and the West, antiquity and modernity.

The repertoire is made of new compositions and improvisations, as well as re-arrangements of the existing ancient classical and folkloric melodies in terms of ensemble pieces for both oriental and occidental instruments. The musical theme may change from year to year. Each year, different artists (musicians and composers) are invited for collaboration according to musical themes and artistic consideration. In the past few years, some of our special guests have been highly-acclaimed artists, including Professor Tran Van Khe (master of traditional Vietnamese music, Paris France/Vietnam), Malcolm Goldstein (maestro of violin for improvised music, Canada/USA), Yoshio Kurahashi (Shakuhachi master, Japan), Debashish Bhattarcharya (master of Indian slide guitar, Inda), Subhasis Bhattarcharya (master Tabla player, India), Yegor Dyachkov (virtuoso cellist, Russia/Canada), Farhan Sabbagh (Arabic ud virtuoso, Syria), Julian Kytasty (very accomplished bandura player, Ukrain/USA), the fiddle player, Oliver Schroer (one of Canada's most accomplished musicians), David Ellis (cellist, leader of Alcan String Quartet, Canada), Pham Duc Thanh (virtuoso of Vietnamese monocord, Vietnam/Canada) and Ziya Tabassian (percussionist, Persia/Canada). Just as Dugg Simpson put it: "There is a glorious complexity in the music of Silk and Steel, the kind only found when musicians are so technically accomplished and so deeply grounded in tradition, that they are free to listen and respond to each other in entirely new ways. There is nothing tentative or hesitant in these artists' explorations. Instead, there is grace, generosity and passion in abundance." 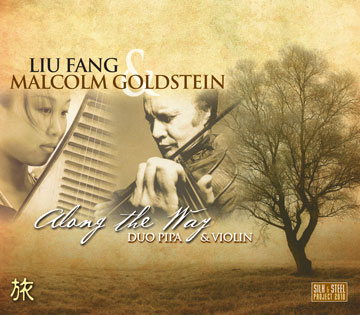